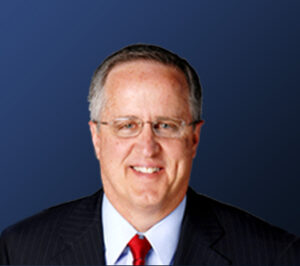 Chuck Hill is a Member of Custodia Financial’s Strategic Advisory Council (SAC). In his role on the SAC, Chuck provides the “voice of the plan sponsor,” and supports distribution efforts for Retirement Loan Eraser across his broad network of senior HR executives and industry practitioners.

While at Pfizer, one of the world’s largest research-based biopharmaceutical companies with over $50 billion in revenue, Chuck was responsible for all enterprise human resource programs, including compensation and benefits. Pfizer’s primary savings plan is one of the largest 401(k)s in America, with approximately $14 billion in assets and over 50,000 participants.

Chuck joined Pfizer’s Human Resources team in 1987, supporting the Pharmaceutical Sales Force. After that, he held a number of roles including HR Director of Pfizer’s Global Manufacturing facility in Groton, CT; Vice President HR, Corporate Finance; and Senior Vice President HR, Worldwide Biopharmaceuticals Businesses. Prior to joining Pfizer, Chuck served for eight years in the United States Air Force as an instructor fighter pilot and flight commander. At Pfizer, he supported veterans and active military by serving as the executive sponsor of the Pfizer Colleague Council, Veterans in Pfizer, which works to maximize the unique role that veterans and active military personnel play in driving workplace and marketplace outcomes.

Chuck and his wife, Cathy, have two children and live in Connecticut.